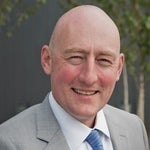 Mick is a seasoned and well-respected criminal defense attorney with a proven track record of fighting complicated cases, both at trial and on appeal. His expertise is in defending violent crimes and matters that involve expert witness testimony.

In 2018, after sixteen years of “in the trenches” public defense work with The Defender Association, the King County Department of Public Defense, and the Washington Appellate Project, Kim and Jason sought out Mick for their firm. They were thrilled to bring aboard an attorney with such a wide range of talents and Mick was thrilled to join forces with his longtime friends and mentors.

As a trial lawyer, Mick has been successful at securing dismissals, reductions, and not guilty verdicts. As an appellate defender, he has been able to get his clients' convictions overturned, win them new trials, or re-sentencings. Nothing brings him greater professional satisfaction than being able to help a client keep, or regain, their freedom.

Mick's talent lies in his creative and intelligent approach to all matters. He takes the time to understand the client's needs and then targets a litigation strategy that makes the best possible use of the facts and the law. His broad base of knowledge can offer solutions that other lawyers may not have considered.

He is open-eyed to the injustices of the “system,” including the factors that put the innocent at risk of being wrongfully convicted, or that lead to unfair punishment, especially when the accused is a person of color. And he genuinely cares about those he represents. Here is how one client described having him on his side in a successful appeal:

I hired Mick as my appellate attorney after what I felt certain was a wrongful conviction in a lengthy and complicated case, and he exceeded all expectations.

At every turn Mick was proactive, thorough, knowledgeable, and highly detail oriented - but it was his experience that made all the difference.

His criminal defense talents have been recognized by organizations such as the Washington State Office of Public Defense, King County Department of Public Defense, Washington Defender Association, National Institute of Trial Advocacy, and Seattle University School of Law, all of whom have hired or invited him to train others. This is how an established civil attorney described Mick's trial court defense of his son:

He had his eyes on a 360-degree view of the case… and he showed an ease with the proceedings born of many days actually in courtrooms… His calm, analytical demeanor reassured everyone involved, and kept us grounded… I give my strongest recommendation to Mick and his team.

Born in Poland, Mick moved to the United States when in elementary school and remains fluent in Polish. He is also proficient in French and has basic knowledge of Spanish. He remains a committed believer in immigrants' rights. As a law student, he contributed to a federal court challenge that ended a government practice of indefinitely jailing non-citizens who were ordered deported. Zadvydas v. Davis, 533 U.S. 678 (2001). As a volunteer lawyer, he obtained political asylum for several activists who had been prosecuted because of who they were or what they believed.

At Gordon & Saunders, Mick is always ready to put in the hard, smart work needed to guarantee courtroom fairness and results for his clients. No matter the accusation, Mick will zealously advocate for clients facing pre-charge investigations, trial, the pursuit of post-conviction relief, or quasi-criminal matters.