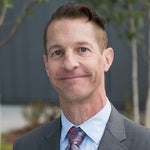 Having argued more than 400 cases in the three divisions of the state Court of Appeals and the state Supreme Court, Jason Saunders is one of the most experienced appellate practitioners in Washington State. Judges, prosecutors, and other defense lawyers recognize him as an authority on appellate procedure and substantive criminal and constitutional law. Elegant in his writing and creative in how he presents his case at oral argument, Jason is respected as a master of his craft.

At the firm, Jason represents clients trying to overturn their convictions on direct appellate review and those pursuing post-conviction relief. Jason is an expert in post-conviction practice including Personal Restraint Petitions, CrR 7.8 motions, and writs of habeas corpus in federal court. He is admitted to practice before the United States Supreme Court and the federal Ninth Circuit Court of Appeals where he has worked tirelessly on both direct appeals as well as state and federal habeas corpus claims. Fellow attorneys regularly seek his advice in these procedurally intricate areas of the law.

Jason's work has been covered in the press and on television, including by the true crime documentary series “The Confession Tapes.” Two of the show's episodes featured a high-profile case of his where the police used a controversial interrogation technique to manufacture a confession.

Some of what Jason has done for individual clients has helped reform the criminal justice system overall. For example, he recently persuaded the Ninth Circuit Court of Appeals to overturn a conviction for unlawful possession of a firearm by calling into question the motivation of officers who stopped and searched his African American client. In general, The law gives police great leeway in such decisions – and this client had run from the police – but Jason still convinced the Court that the police acted unlawfully: “Given that racial dynamics in our society… we are particularly hesitant to allow flight to carry the day in authorizing a stop.” United States v. D.B., 925 F.3d 1150 (9th Cir. 2019). In light of the ruling, Jason's client was freed and the King County Sheriff's Office changed how it trains all its deputies. Mr. D.B. wrote:

He is the most caring and diligent attorney that I've ever encountered… He listened to me and went all out of his way to argue on my behalf… I really respect how he took the time out to fully explain to me all of my options and he was very patient as well. I praise Jason highly for his level of expertise and his professional manner.

Jason brings real empathy to all his cases. He knows that his best work requires him to listen to his clients, address their concerns, and guide them through stressful and complex litigation. His clients appreciate Jason's personal dedication and the results it brings. This is what one client's loved one said after an appellate win in 2019:

Jason Saunders came highly recommended at the time when a loved one and his family were in need of representation that was precisely accurate in detail and passionate about justice. Jason is extremely well versed in Washington State law and personally goes above and beyond for his clients. He holds a deep awareness of social justice issues having previously fought for the underrepresented. Jason's background has shown him to be a professional as well as a very personable attorney. He was able to achieve a conviction reversal at the Court of Appeals level with both his written and oral argument defense, and a loved one was able to return home.

Even in law school, Jason worked for social justice by helping individuals unlawfully denied housing, employment and health care because of their race, age, sex, sexual orientation or the perception of living with HIV. After law school, he joined the state's leading appellate public defense firm, the Washington Appellate Project, where he handled the appeals for adult and juvenile felony clients on a variety of issues ranging from drug offenses to premeditated murder. In 2008, Jason and his law partner Kim founded the Law Offices of Gordon & Saunders, PLLC. He has remained involved with the Washington Appellate Project as the President of the non-profit organization's Board of Directors.

Kim and Jason enjoy their practice together and their clients benefit from their solution-oriented collaborative approach to their work. One client for whom they cleared a dated criminal history record wrote this:

Kim and Jason are two of the most diligent and talented attorneys I have ever had the pleasure of working with. Collectively, we thought my problem was simple but the district court simply did not understand the ramifications of a bad decision, which is where Kim and Jason stepped in and righted that wrong… Every dime was well spent and the volume of work that was done was incredible. If you have an issue and don't know how to solve it, Kim and Jason will do everything to remedy it to their best ability – they will be YOUR advocates – and their ability is simply second to none.

At Gordon & Saunders, Jason is available to handle all aspects of criminal appellate practice, as well as quasi-criminal disciplinary proceedings instituted against students of Washington State colleges and universities.