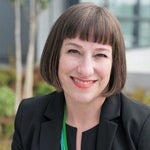 Kim Gordon is a stellar advocate who provides the highest quality representation to people in federal, state, and misdemeanor courts. Her satisfied clients refer her to friends and loved ones. Lawyers (be they judges, prosecutors, or fellow defense attorneys) trust her to represent family members in need of counsel. State and national criminal defense and justice advocacy organizations regularly select her for leadership roles. Washington's governor and legislators have sought out her input – as the representative of the criminal defense bar – when considering major criminal justice system reform. Colleagues seek her advice in their difficult cases. Colleagues also give her outstanding reviews when she trains at local and national continuing legal education seminars. She is known for her decades of expertise, hard work, creative thinking, powerful advocacy, deep compassion and respect for her clients, and love of her job.

In 2011, Kim was awarded the Washington Association of Criminal Defense Lawyers' “President's Award,” for distinguished service to the highest traditions of the criminal defense bar. She has also served as the organization's elected president. She has been continually recognized since 2012 as a “Super Lawyer” and one of the “Top Women Attorneys in Washington.”

In 2008, Kim and Jason formed Gordon & Saunders, PLLC. Some of her cases are high-profile, receiving attention on a local, national, or even international stage. While Kim is capable of successfully defending such publicly-litigated matters, many of her clients remain unknown, their lives uninterrupted by criminal charges or conviction. In every case, Kim continues to give her clients comfort in uncertain times, the support and communication needed to make informed and thoughtful decisions, confidence that she will outwork and outperform the most skilled opponents, and certainty that she will give every client the clearest chance at the best possible outcome. As a former client noted:

Kim brought her lifelong passion for justice to Gordon & Saunders. In college, Kim led human rights and anti-death penalty advocacy efforts. She began criminal defense work while she was a student at Tulane University School of Law. As a lawyer at the Washington Appellate Project, she handled the appeals for hundreds of adult and juvenile felony clients and argued numerous cases in the State of Washington's Court of Appeals and Supreme Court. Kim then moved to trial work with The Defender Association, where she handled hundreds of misdemeanor and felony cases, including complex frauds, sex assault allegations, murder cases. She also trained and supervised young lawyers in the Misdemeanor Division.

Before opening her own firm, Kim worked in the criminal defense division at Schroeter, Goldmark and Bender, where she successfully represented juveniles and adults. In this time, she was selected to join the Criminal Justice Act attorney panel where she represented clients in federal court. In her last case with the firm, the jury acquitted her client of murder and determined that the State must reimburse him for legal expenses and lost wages.

Kim is available to bring her passion and commitment to criminal defense work in all types of serious matters, including at the trial court, appellate, or post-conviction levels, both in state and federal courts. Kim also successfully represents clients in quasi-criminal cases, such as those involving student conduct violations and protection orders.